Home Blog App Monetization: A guide on how to monetize an app

App Monetization: A guide on how to monetize an app

Since the launch of the iPhone in 2008, the app market has exploded faster than anyone could have predicted. Today, nearly 10 years later, over 77 percent of Americans own a smartphone that they use on a daily basis.

Contrary to what you might think, the app boom hasn’t ended; the market continues to expand. Even though less than 10 percent of mobile users won’t pay for an app, the app industry still is worth billions of dollars.

In fact, experts predict that between 2016 and 2020, revenue generated by apps will double! Interestingly, free apps are responsible for most of that revenue. Indeed, Google Play reported 98 percent of app revenue comes from free apps.

You might think free apps are not as profitable as paid apps but the truth is there are many possibilities when monetizing an app. You can even make more money from free apps than from a paid app.

What do we need to know about monetizing an app?

Before we jump into how apps make money, let’s quickly explain what we mean by monetizing an app and why you would need to do it.

Monetizing an app is essentially any way in which an app is used to make money. With app monetization, you have a chance to leverage your user base in such a way that you can earn money –  it’s as simple as that. For app developers in particular, this is an incredibly important way of generating revenue without funding. It can also be incredibly effective given the amount of time users spend on mobile apps every day.

Ultimately, the strategies for monetizing an app will vary depending on the type of app, with some more suited to certain models than others. For free apps, however, there are several monetization methods that we often see deployed successfully.

How to Monetize an App: 7 Popular Methods for Free App Monetization

If you recently decided to create an app and test the marketplace, then you came to the right place. There are numerous success stories of people who made free apps that bring in hundreds of thousands of dollars a day.

But before we get ahead of ourselves, let’s look at the most popular steps to monetizing an app.

1. Ad revenue for monetizing an app

There are three types of ad revenue to consider when monetizing an app:

CPM is preferred amongst free app developers because it doesn’t require the user to click on the advertisement in order for the developers to earn. The pay is less, but it’s less intrusive on the user experience.

Most people don’t like to see ads in their apps, and they’ll be more than happy to remove them. Many app developers create two versions of their app; one for free with ads enabled, and an upgraded paid version with no ads. Monetizing an app means the revenue will come from direct sales and downloads, rather than ads. 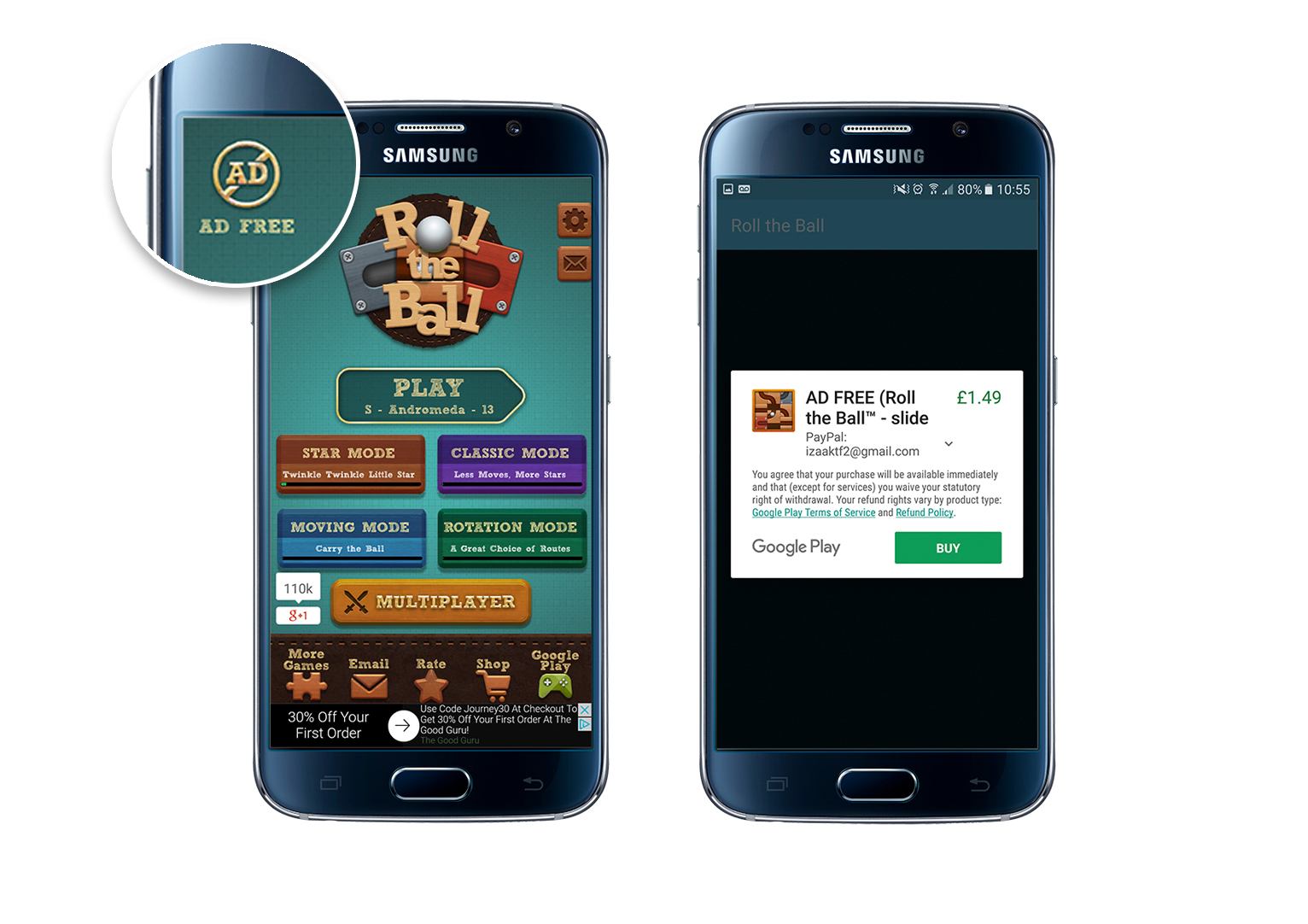 3. How to monetize an app with in-app purchases

In-app purchases are the number one source of revenue within the app industry.

In fact, in-app purchases make up about 47 percent of the total revenue generated from apps worldwide. If you’re planning to create a free app, including an in-app marketplace is one of the best things you can do for your business.

In multiplayer apps, such as Clash of Clans, users will always be interested in purchasing in-app items to gain the upper hand on their opponents.

Most major companies such as Google, Microsoft, and Apple have affiliate programs that are open to app developers.

These affiliate programs usually don’t have high commissions (compared to specific partnerships) but you’ll be able to choose from a wide range of apps to promote which will be instrumental when monetizing an app. Find the hottest apps and promote them in your app to earn easy commissions.

5. How to monetize an app using sponsorships

Most app developers will seek investors to provide the funds to build their app and turn it into a successful business. Approach investors when monetizing an app by offering them free marketing within your product.

Surprisingly, collaborating with another app developer or business can be an excellent way to secure additional funding for your project. If you choose to partner with an established business, they’ll likely promote your app to their clients and fans, thus drastically improving download rates.

More and more businesses are beginning to understand the power of mobile marketing and are looking for opportunities. Monetizing your app could be the perfect marketing opportunity for them.

If you currently have a business, learning how to read app trends can be vital to your success. There are quite a few make money app trends that you should be aware of and monitor for investment opportunities.

If you offer a paid conversion in your app, it’s time to use multi-channel messaging to move users down the funnel. Some examples of conversions when monetizing an app:

Convince users to spend money inside your app with mobile marketing automation. You can coordinate push notifications with email, in-app messages, and App Inbox to create an integrated campaign that reaches users outside of the app — at scale. Most importantly, you can utilize a tool such as Optimal Time to connect with individuals at the time they’re most likely to engage.

To squeeze the most profit out of monetizing, combine several monetization methods. One common strategy is to offer in-game items in exchange for watching a video advertisement.

The longer the video, the more you’ll earn. There are also specific ad networks, such as Grey Stripe, that offer custom video advertisements.

Video advertisements tend to convert at a higher rate than plain-text ads; therefore advertisers are willing to pay more per viewer.

Take a look at the popular app ad-networks to find the best fit.

How to Monetize Your App Today

Investing in free app development is an excellent idea as the return can be incredibly profitable. Monetizing an app leans on a strong marketing strategy being created and implemented prior to launch.

Ideally, spend months building hype for your upcoming app and marketing the prototype as much as possible. Using that strategy, when you do launch the app, there will be a guaranteed number of sales, as opposed to launching it blindly and depending on luck for income.

So as you can see, there are a lot of things going on behind the scenes inside a free app. Now you know how to monetize an app even if it’s free.

In fact, offering an app for free can sometimes provide you with more income opportunities than offering it for a solid price.

Remember, if you want to make an impact in the app marketplace, a powerful marketing campaign is required. Without one, monetizing an app won’t be likely to be a successful venture.

To learn more about what Leanplum can do for your team, check out these resources: