What Happens When You Analyze 1.5 Billion Push Notifications?

We recently released a new report on the impact of personalization on app engagement. Smartphones are the most personal device people own. With that in mind, we wanted to understand how personalizing an app’s primary way of communicating with people — push notifications — affected overall engagement.

We found that Android is four times more powerful than iOS at engaging users via push notifications. Here’s how we got those numbers.

To read more about the rest of the findings, download the full report here. For now, let’s compare the open rates on iOS versus Android.

First, let’s compare the open rates on iOS versus Android. 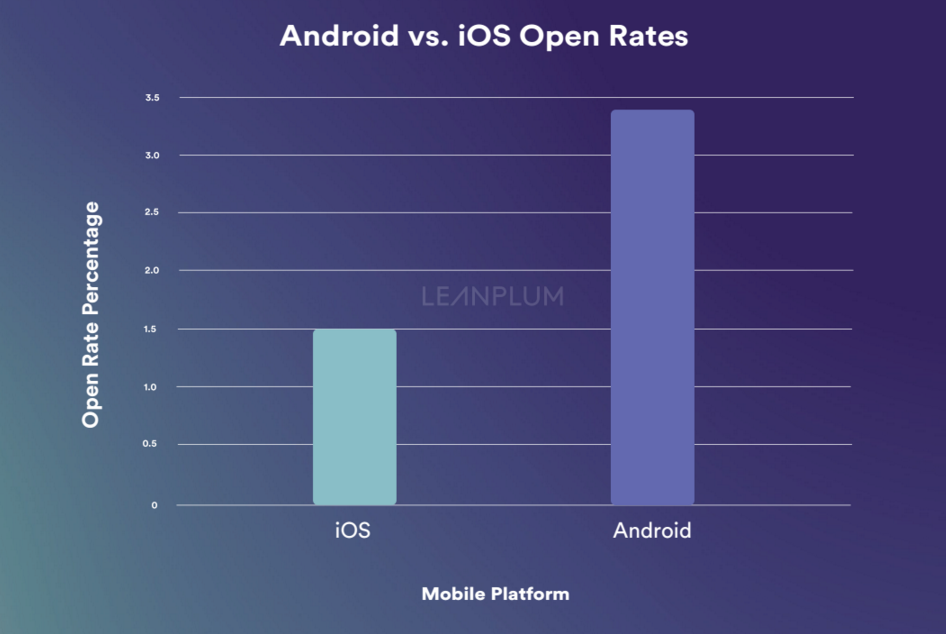 2. Android vs. iOS Time to Open

But that wasn’t even the most head-scratching fact. When we looked at time to open, we found the following. 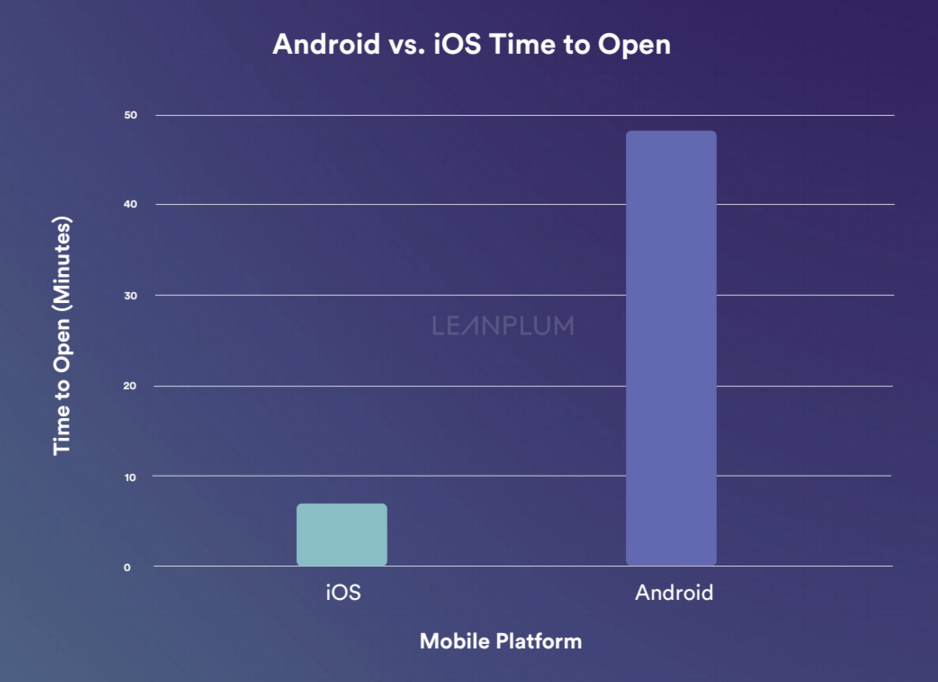 To figure out why, we studied each operating system’s unique user interface. We theorized that iOS lags behind Android when it comes to push notification open rates due to its UI.

On Android, messages “stick” around longer in the lock screen. A user is required to acknowledge the notification in some form, whether opening or dismissing, for it to disappear. Even after users shelve notifications, Android still lets them know they have unread notifications by adding a sticky icon to the top left corner of the home screen.

On iOS on the other hand, once a user unlocks their screen to take any action, the message moves straight to the notification tray. It’s then only accessible if a user drags the tray down from the top bar — not a common occurrence. Once out of sight, the notification is usually out of mind. Thus, the ephemeral nature of iOS push notifications may play a large role in the vast open rate differences.

Here’s how that plays out in a visual manner. 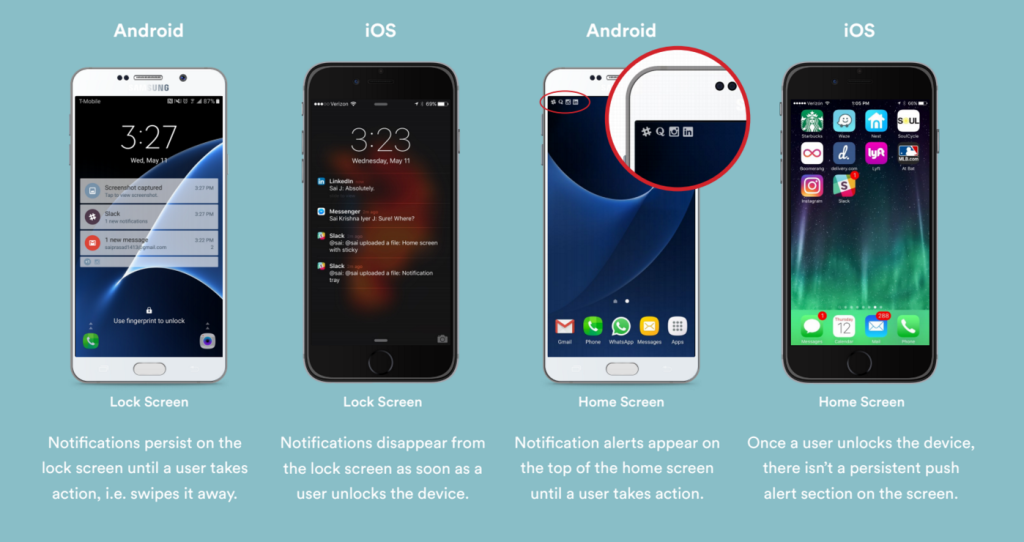 When it comes to median time to open, our hypothesis is that the difference is also related to the distinct user experience between iOS and Android.

Since iOS pushes disappear after a user unlocks their screen, open rates are lower. Yet iOS users who open, do so faster than those on Android.

As notifications disappear after a user unlocks their iPhone, users open push directly from the lock screen, while the message is front and center. iOS users may be trained to act with more immediacy, knowing how quickly pushes will be moved into the hard-to-find notifications tray.

In the end, Android is four times as powerful of a platform for engaging users with push notifications, as compared to iOS. Twice as many users opt-in to push on Android, and twice as many people open those notifications.

Want to read more, including the personalization tactic that increases push open rates by 800 percent? Download the report from Leanplum’s library to get full access to the data science report, as well as solutions that take your mobile messaging strategy to the next level.

Leanplum is the most complete mobile marketing platform, designed for intelligent action. Our integrated solution delivers meaningful engagement across messaging and the in-app experience. We work with top brands such as Expedia, Tesco, and Lyft.