In the report, we set out to discover how deep the world’s obsession with emojis runs. We love sending them in texts  to friends, using them in work  Slacks, adding a little pizazz  to our social media posts, and on and on.

But can adding some emoji flair to your mobile push notifications make a difference in user engagement?

To find out, we analyzed over 2.6 billion push notifications sent throughout 2016. That’s a lot.

Here are the five biggest findings from the report.

We tracked the year-over-year increase of emoji usage in push notifications. From 2015 to 2016, usage rose 163 percent. On top of that, the library of emojis that marketers tapped into increased by 10 percent.

This makes sense, considering hundreds of new emojis were added last year. The list of new emojis includes some of our all-time favorites, like the rainbow flag ‍ , a David Bowie tribute ‍  , and new options for genders, races and diverse family representation ‍⚕ . 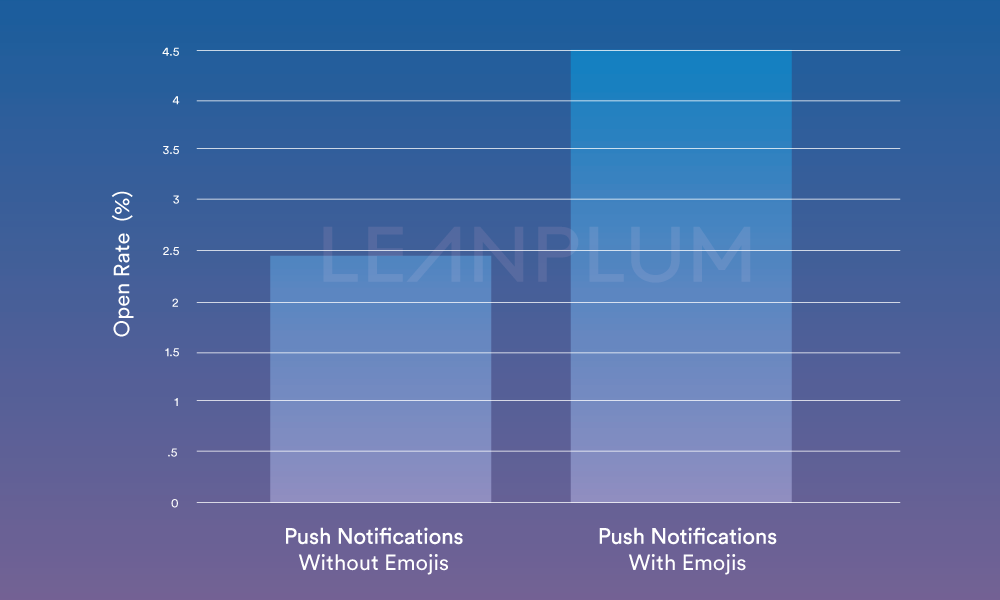 That’s an 85 percent increase in open rates, indicating that emojis are a powerful tool for app engagement.

3. When It Comes to Emoji Push Notifications, Android Is More Effective Than iOS 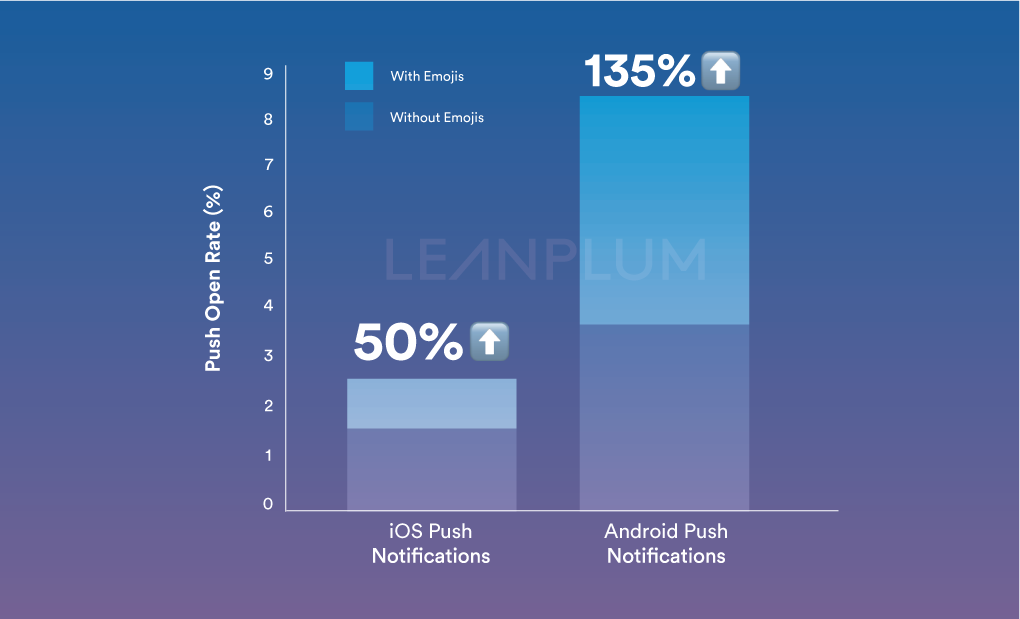 Both platforms see an increase in engagement due to emojis. But Android — which generally has a higher open rate than iOS regardless — benefits even more.

Our theory: Because Android push notifications stick around in the notification tray longer, users have more time to see the emoji and open. 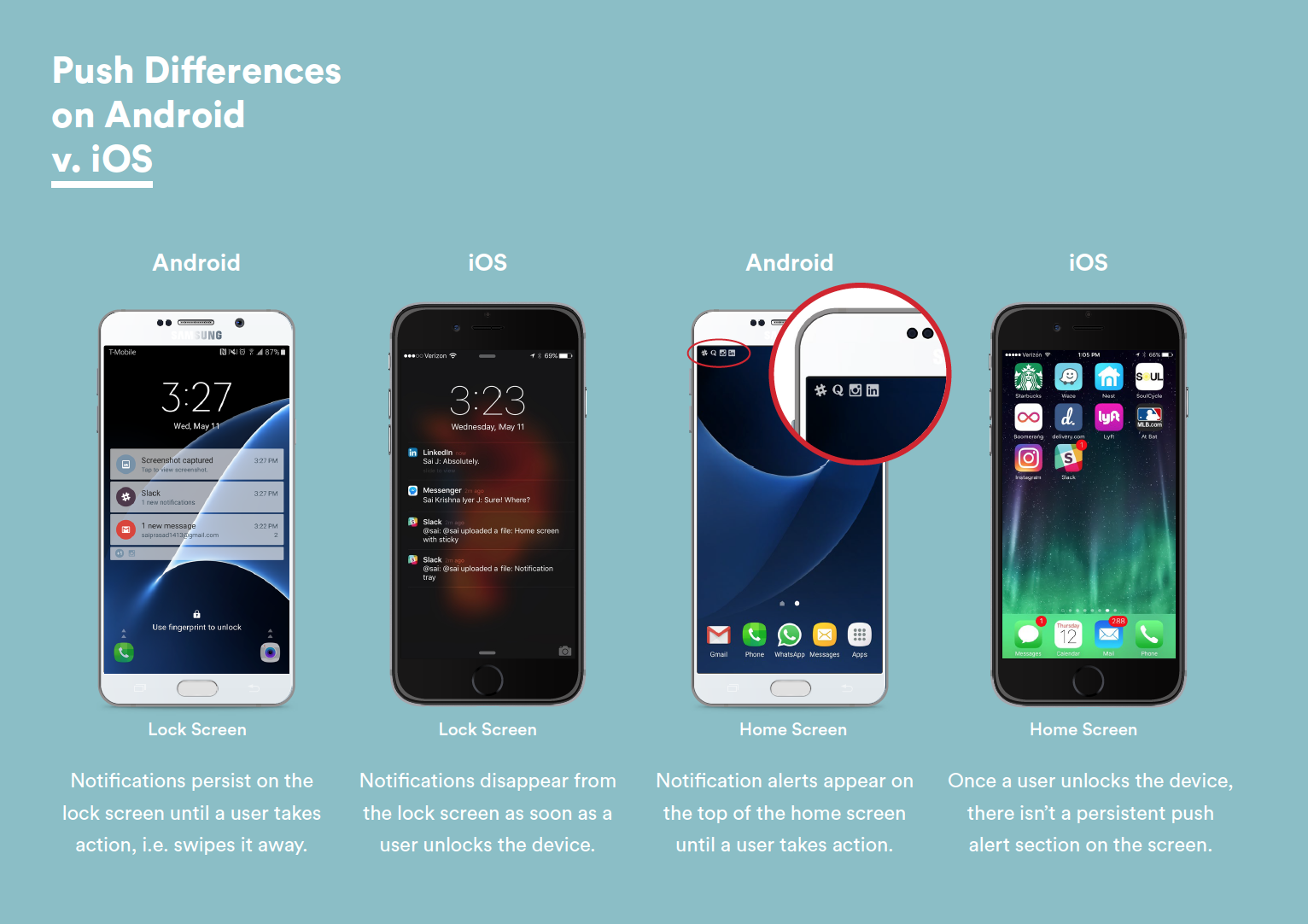 A breakdown of push notifications on Android vs. iOS

Now that we understand the effect of emojis on engagement, we set out to examine who is impacted the most. As it turns out — and perhaps unsurprisingly — millennials engage more often with emojis. 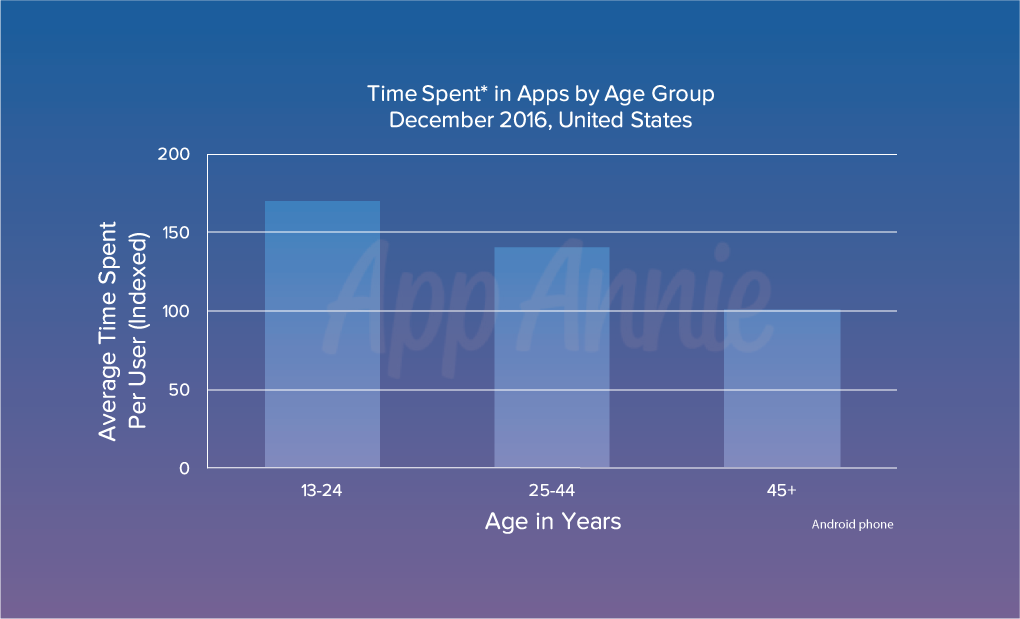 As global app store revenue has increased over the years, and there’s more at stake, mobile marketers are becoming smarter about sending messages that respond to user preferences. From personalization to emojis, sending content that resonates on an emotional level can help you drive more ROI in your apps.

In the past two years: 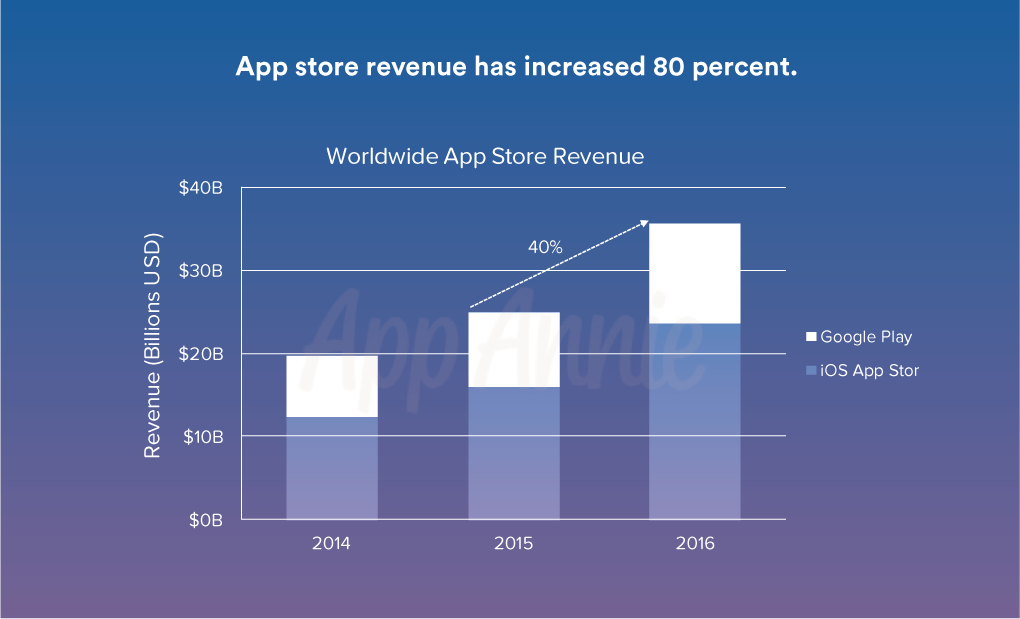 And time spent in apps has increased 95%. 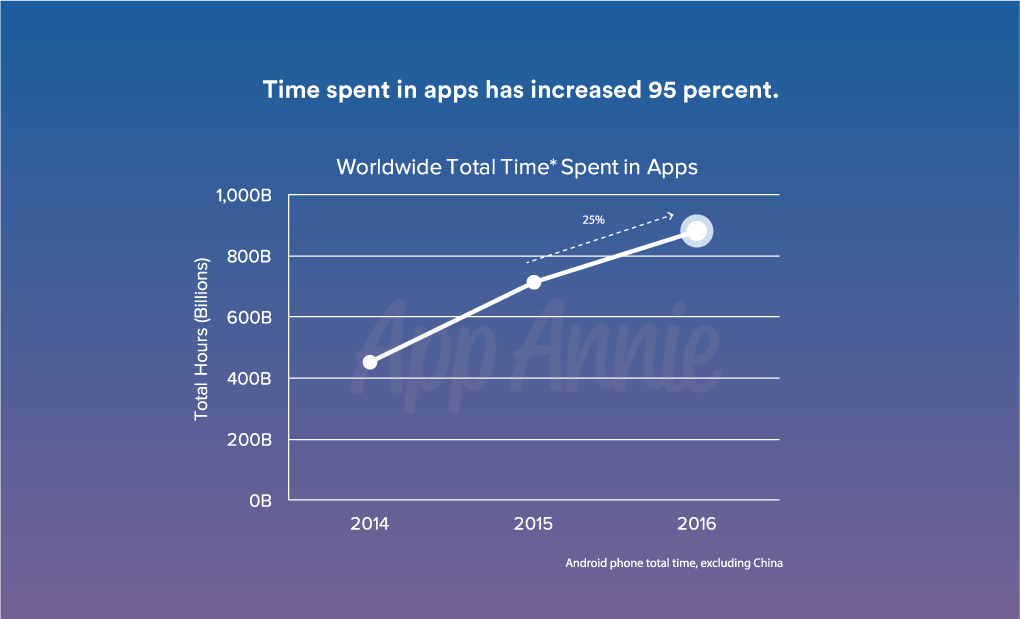 Mobile users are becoming more invested in apps. In turn, when apps deliver personalized and creative content, users respond by giving the app a little engagement (and revenue) love.

Get the Exclusive Emoji Report Today

If we’ve learned anything today, it’s that emojis are a mobile marketer’s best friend. Our latest report has tons more juicy emoji details — including the most popular emojis used by each vertical, and the 25 emojis most likely to increase your push notification opens.